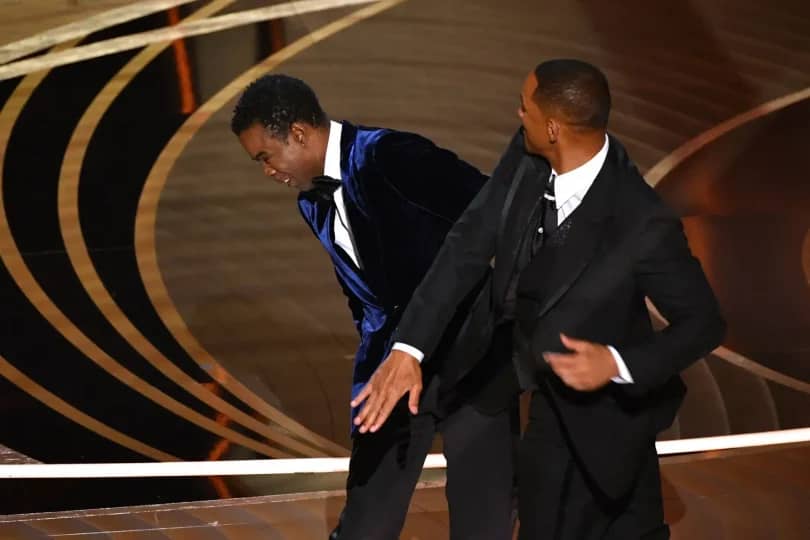 Will Smith and Chris Rock had an altercation during the 2022 Oscars telecast due to jokes about his wife, Jada Pinkett Smith.

“Keep my wife’s name out of your F##king mouth!” Will Smith yelled at Chris Rock in what definitely did not seem staged.

Earlier on, Chris Rock was on stage to present the Oscar for documentary feature and made a Joke about Jada Pinkett Smith being in “G.I Jane” because of her shaved head. “Jada I love you,” Rock said before joking “G.I Jane 2 can’t wait to see it,” one could easily tell Will and Jada both felt uncomfortable.

As a response, Will took the stage to slap Rock. Although it appeared like a joke at first, he returned to his seat and yelled at Rock, “Keep my wife’s name out of your F##king mouth!”

Many in the Oscars audience appeared stunned at the altercation. When Sean “Diddy” Combs presented next, he urged Will Smith and Chris Rock to solve the problem like a family at the after-party

UNCENSORED WILL SMITH FOOTAGE AS SHOWN ON AUSTRALIAN TV pic.twitter.com/NcRfdjWxqe

Online Business Is In Hype

Online Business Is In Hype

Yoga For Your Sound Health

Yoga For Your Sound Health